Who is Your Financial Services Ombudsman

Suzanne is a Chartered Accountant with more than thirty-three years’ experience in the financial sector; twenty-three of which has been in the field of internal and external   auditing.

During her career at the Central Bank (joined effective September 1, 1982), Suzanne worked in the Internal Audit function for a period of fifteen years and has served as    Manager- Internal Audit for twelve years.

She also worked in Banking Operations including Foreign Exchange and Domestic Investments Department where she had responsibility for government securities (tax  free bonds, treasury bills and public sector arrears bonds) in addition to the accounting for Central Bank and Government income and expenditure.

Suzanne is the mother of one who thanks God daily for the blessings bestowed upon her and for allowing her to live and experience life through her daughter’s eyes. 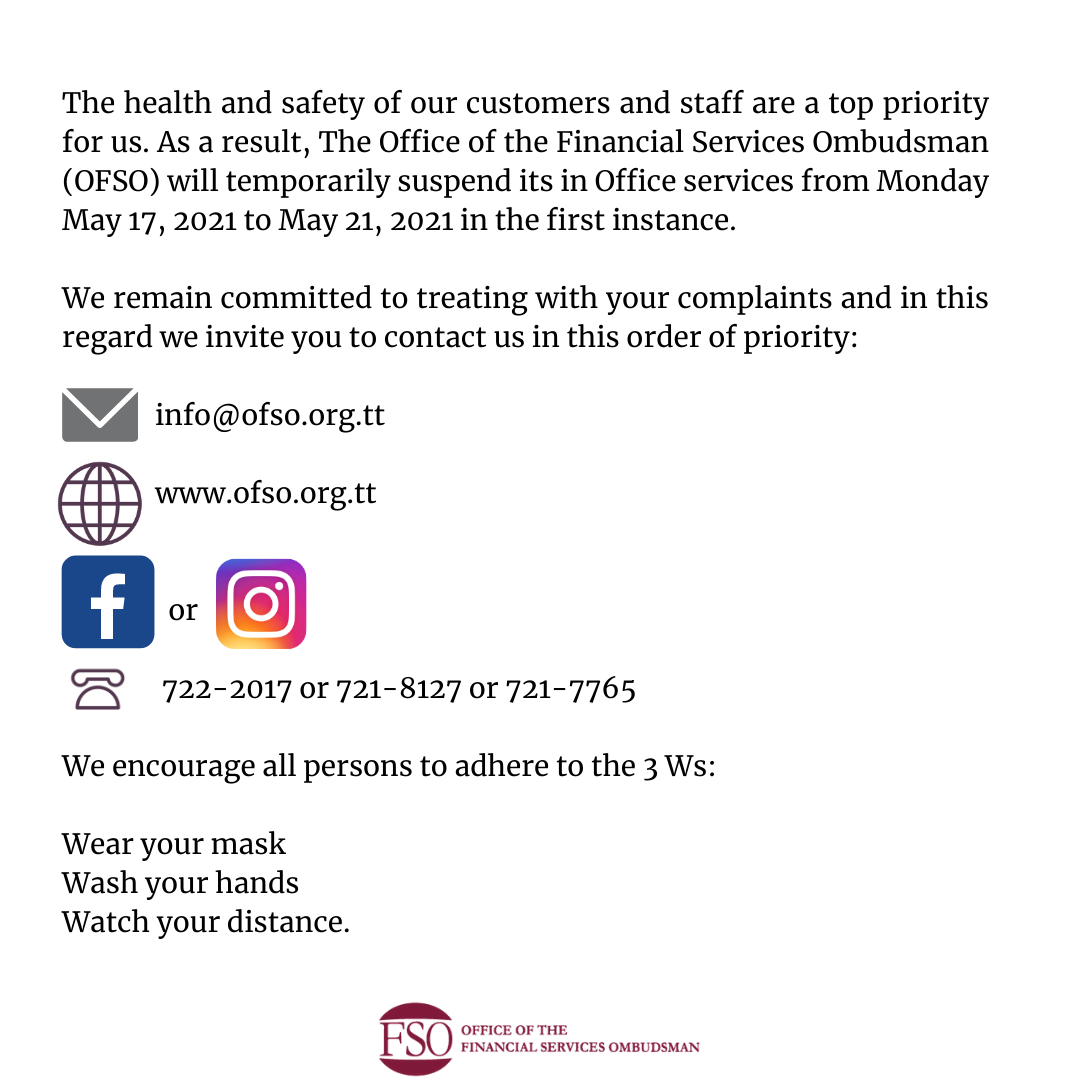